My early history with computing

My first computer programming experience came at Christmas, 1979 with the Texas Instruments TI-58C. I pored over the TI-58/59 Programming Guide, and wrote a few (forgettable) programs . Programs could be stored on magnetic strips inserted into the card reader above the function keys(A-E, A'-E'). It also came with the Master Library Module of their Solid State Software ModuleTM.

In 1981-1982 I used punch cards to program in FORTRAN at Northwestern University. The text was Fundamentals of Fortran Programming, Second Edition, 1980, Winthrup Press, by Robert Nickerson. This quote from John P. Hussman sums up the experience nicely:

In the early 1980's, I spent much of my time carrying stacks of computer punch cards back and forth to Vogelback, a short, dimly lit building on the Northwestern University campus that housed a massive VAX computer with blinking lights and huge cases of magnetic tapes reeling back and forth. There I punched cards full of COBOL or FORTRAN computer code, along with thousands of bits of historical data on the financial markets, and then carefully carried my stack up to a work-study student, who would plop it into a chute at the top of the computer.

About a half hour later, my stack would be returned, tucked into one of a hundred rectangular mail slots, wrapped with a green and white striped printout and held together by a rubber band. Moment of truth. I'd pull that rubber band off, whispering hopefully to the paper, “come on, come on…” Sometimes it would be just a page or two, with nothing but fatal errors, which meant you had to trace the error, resubmit the stack, and then attend to the bruises you got from banging your head against the wall. But at least some of the time, the result would be pages and pages of good output. It amazes me that the same work takes a fraction of a second these days on an inexpensive PC running Excel or Matlab, but back then, it seemed awesome to get answers from that huge computer, despite the hours of waiting.

In 1982 I transferred to Cornell University. My first programming there was with the book An Introduction to Programming: A Structured Approach Using PL/I and PL/C, 3rd Edition, 1979, Winthrop Press, by Conway & Gries. Towards the end of that class, we began using Pascal as well.

I graduated from Cornell in 1985 with a BSEE.

I first learned C at my summer job in 1984 at Telebyte Technologies. I was given the original K&R book and told to read it cover to cover. Then my task was to write an interface from an IBM PC to a reel-to-reel tape drive for backup and restore.

My first job after college was a brief stint at Hazeltine Corp working on circuit design for an IFF transponder in their defense contracting division. It ended abruptly nine months later when Hazeltine lost a large defense contract (unrelated to the one on which I was working) and was forced to lay off ~20% of the company. I was laid off for LIFO reasons, but others had made their entire careers there. I ran into one of them later while going for an interview - it was sad. See the film Falling Down for a rather extreme depiction of these folks. A relevant quote from the main character, after being laid off from his career in the defense electronics industry, is:

I helped build missiles. I helped protect this country. You should be rewarded for that. But instead they give it to the plastic surgeons, you know they lied to me. 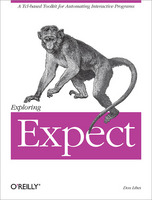 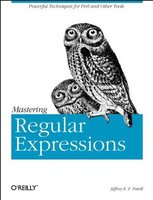